To ensure protection of “corporate power against democracy,” the concept of Democracy and Media were reconstructed. This morphing went completely unnoticed and was subsumed within the culture, legal framework and is now accepted without any challenge by most of us, the world over. As Thomas Paine observed “a long habit of not thinking a thing wrong, gives it a superficial appearance of being right, and raises at first a formidable outcry in defence of the custom.”

A democracy to be functional requires citizen equipped with all relevant facts and complete spectrum of opinions to take informed actions and to furnish this value is the job of the media. This is a normative and descriptive definition of the two concepts. The other concept that is less spoken about but the one actually practiced in the real world is this: People are not the best judges of their own interests and that of the society, believing that they are such is considered to be “democratic dogmatism.” Therefore, “responsible men”, recognizing the “ignorance and stupidity” of citizens must tell these “meddlesome outsiders” what to believe.

And this ought to be obvious to any serious observer of world affairs that in any society where economic, social and political gap exist the powerful will ensure that they continue possessing their power. In a totalitarian society this security could be ensured by the bludgeon, but in more civilized societies it takes the subtle form of molding opinions.

Propaganda in India can roughly be divided into four phases: first, the freedom struggle. Then the Second World War. The Independence and the Cold War period and finally the Post-liberalism period. Though the study of first phase has immense importance for many reasons, it does not concern the topic under question.

The Indian elites, who were relishing with profits from WW2 economic boom for a small sector, also appreciated the propaganda effort of the Allied Forces and actively learned from it. But larger changes started after the Independence. The XP division (a propaganda agency, primarily aimed at global audience) was set up, which though largely inefficient due to Nehru’s uncoordinated and self centered propaganda methods. Nehru also sent a team to hire Edward Bernays for the XP division and to help setup the propaganda apparatus in India. This was never realized for unknown reasons, but this much becomes clear that although Indian elites found US propaganda system to be ineffective for Indian purposes, they shared basic ideological tenants and commitments.

After ‘Emergency’ Indian press became lot more serious and investigative journalism was at its peak in the country. But actions to bring this under check were quickly taken by government (usually state governments) and corporate sector. In 1977 Directorate of Advertising and Visual Publicity issued circulars asking public sector organizations not to advertise in The Statesman and Express. The organized propaganda effort in India did not penetrated as much as it did in more industrial societies like US, UK and Australia for multiplicity of reasons. But as observed above, the power holders believed in the ethos of “controlled democracy”. And in post-1990’s India and after corporatization of media the dream of Bernays, Lasswell and the likes have been realized in India as well.

The Propaganda Model (PM) is a conceptual framework (created by Edward Herman and Noam Chomsky) based on empirical understanding of media institutions. It provides five Filters to help us understand how and why media is forced by institutional restrictions to create content which is expectable within ideological confines of the political-corporate class; and why media cannot question the dominant power systems – as it is part of the same system.

For a scholarly treatment of the Filters readers are advised to read Manufacturing Consent (edition 2008.) The first two filters are based on the type of political-economic institutions in the society in question. Third filter is a derivative of the first two and in India these take form of corporate PR agencies and government sources. Fourth filter is a negative response to a media statement or program. It may take the form of letters, lawsuits, speeches and other modes of complaint, threat, and punitive action. It rarely takes the overt form of censorship, but it can and does from time to time.

Fifth Filter is exercised primarily in two ways. One: providing an enemy to fear and/or hate (or turning the already present hate and fear towards them.) Two: A fanatical belief in the “market.” Beyond and within these are also some beliefs that enjoy non-partisan consensus in this nation among all parties and corporate sector. These include “a strong Centre for stability”, “security” and “liberalism”.

Media capital is highly concentrated in India. According to ‘The Press in India 2015-16’ report 8855 newspapers are owned by Common Ownership Units. By some estimates less than 100 corporation and individuals own most of the Indian media. In this respect the ownership variable acts similarly in India and in the USA.  Even as the advertisement revenue system is failing, it still continues to be the primary source of profit for Indian media houses.

The limits of the PM should be stated clearly. It is a model of media content, not of audience response to this content. It does not claim propaganda campaigns always achieve what they set out to. This is crucially dependent on knowledge and interest of the audience over the specific issue. Also the dominant ideology is not monolithic. Except some basic political-economic commitments it could change, morph, and diverge over time.

In conclusion I would urge that Indian media analysts and practitioners take the institutional view of the media production system seriously, like many of their counterparts in USA and UK. Also the implication of such analysis and critique should be recognized. If it is true, as I believe it is and as the PM shows empirically, that serious democracy cannot be achieved within these institutions and they need to be replaced; mere “journalistic objectivity” cannot do much – as P. Sainath has claimed journalistic objectivity has become a synonym for reporting for the powerful.

*Propaganda here is used in its classical sense, as understood before the Second World War. The term “media” throughout the article is used for ‘news media’, unless clearly stated otherwise. Article was originally written for a journalism magazine, which did not publish it.

View all posts by Sarthak Tomar 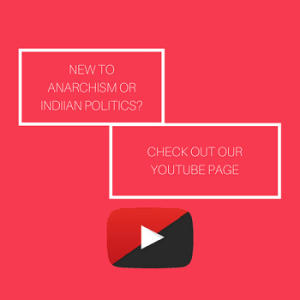